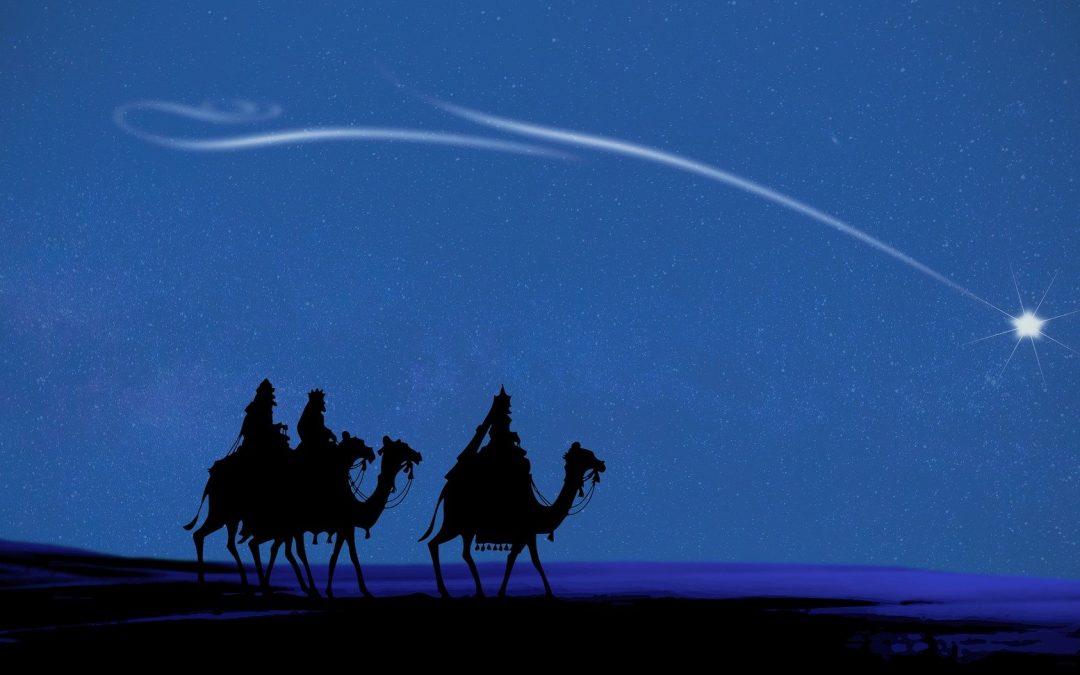 The 5 bags of Christmas

It is probably an understatement to say that Christmas has been difficult this year! We know of many who will be on their own and this is upsetting.

Of course no one wants anyone to feel left out. But it isn’t upsetting just for that, because I think it touches another nerve – that of upsetting traditions each family cares passionately about – like who visits who and how we gather together. And there can be strong feelings when anyone tries to change traditions.

For example, when do you open the presents? Do you say Santa or Father Christmas? Must we always have brussel sprouts? Must we all listen to the Queen’s speech? Do we play the same Christmas games each year? Upsetting traditions can truly spoil Christmas for some people because

the different traditions so often symbolise the kind of family we are.

We have a similar battle between the church and society. The church calendar likes to celebrate the 12 days of Christmas from Christmas Day with a solemn period of Advent beforehand. But it pretty much fights a losing battle with the four week hype before Christmas which is then all over by Boxing Day as the New Year is anticipated.

But there are Christmas traditions and symbols which define the kind of Christian family we are which are also enjoyed by everyone else. Most of these we are in danger of taking for granted – we just do them – because we have forgotten or perhaps have never been told their meaning.

So I thought it would be a good idea to remind us of a few. And I have here five bags each containing one symbol. I would normally seek the assistance of children at this point but of course I cannot this year.

BAG 1 Star Long before there were maps and compasses travellers used the stars to plot their journeys. And the great thing about stars is that you have to look up. We don’t do enough of that. But looking up to the skies, especially the night sky expands our horizons. We realise how small we are, we get a sense of proportion about ourselves and the place we occupy in the universe which helps give us a better sense of God. In Moravia the beginning of Advent is traditionally marked with an Advent star and the story of the wise men setting out on their journey to the manger in Bethlehem. It takes time to travel long distances.

BAG 2 Carols Thousands of years before people could read they sang songs, told stories and acted them out. That’s what church processions and mystery plays are all about. In mystery plays people do not just sit and watch, they become part of the story by singing and acting in them. Everyone is a performer.

A carol means a dance – a dance, holding hands in a circle – like round a camp fire. And these old camp fire songs turned into religious carols telling us the story of Christmas. ‘While shepherds watched’ – is a carol that precisely describes this – shepherds round a fire on a hillside singing, looking at the starlit sky and being joined by the angels. So when we sing carols we too get a taste of the angels singing in heaven and of the shepherds enjoying the rhythm and the warming glow carols give. And that gives us a taste of Jesus coming into the world. An event that should make us so happy we want to dance.

This year I saw my granddaughter’s school nativity not in a school hall but on YouTube. Each year the school presents the story in a different way so that it is forever fresh. This year it was themed round the 12 days of Christmas. This story telling – shaping the story to fit the audience and the teller – is an age old tradition. I have here the Christmas story told in the shape of an Advent calendar. Matthew and Luke both tell the story of the birth of Jesus but in completely different ways. Matthew has the wise men and Luke the shepherds. Neither of them mentions a donkey – so how did that get in?

St Francis of Assisi put the donkey in the story almost 800 years ago. St Francis turned the story into a tableau. He got a real cow, a real donkey, a real baby and put them in a grotto – the equivalent of a bus shelter – by the side of the road and from then on everyone was hooked on the Christmas story. But why the donkey? At the same time as telling the story of the birth of Jesus St Francis also added bits from the story of his own birth. Around the time when he was due to be born his father went to war taking all the horses from the stables but leaving behind a donkey. With the donkey was a cow whose milk was to be used to feed the new baby. One night there was a great storm and Francis’ mother went down to the stable to soothe the cow where, it is said, she gave birth. So, it seems, St Francis drew on the story he must have been told many times as a child when he made his ‘living crib tableau’ by the roadside in 1224.

Like in mediaeval mystery plays, everyone, audience and actors alike, perform, act out the story and in so doing become part of it making it theirs.

BAG 4 Mince pies – and we don’t just involve ourselves in the story as bit players we can take it physically inside us too. Every time we take communion, the bread and wine, we act out another story, that of the Last Supper.

A mince pie was supposed to be eaten on each of the 12 days of Christmas to bring good luck for each of the 12 months of the year. Originally they were oval shaped representing the crib with the lid as a blanket and were traditionally made from 13 sweet and savoury ingredients representing Christ and the 12 apostles. And when we eat the mince pie we also should remember what St Paul described as the fruits of the Spirit – love, joy, peace, justice, generosity, self-control, the Christ-like fruits.

As you bite into a mince pie today you might like to think of the whole of Christ’s life.

BAG 5 Candle – and finally a candle. We have candles on the altar and we give a candle at every baptism – representing the light of Christ leading us. Which brings me onto my final little story. There is an old Irish tradition of placing a candle in the window to act as a beacon for the lonely and homeless – like welcoming the Holy Family when they were seeking shelter. An act of charity. Acts of charity are something many of us do more of at Christmas time. And this year has been a year when we have seen a startling contrast between the ‘haves’ and the ‘have nots’. The use of Food Banks is soaring as is homelessness as people have, with no warning, been deprived of their livelihoods. So how might those of us who have not lost our jobs or our pensions, how might we in our own way follow the Irish tradition of lighting a candle for the lost and the poor? What act of charity might we do?

I will finish with a well known collect:

The wills of your faithful people

That they, plenteously bringing forth the fruit of good works

May be by you plenteously rewarded;

Through Jesus Christ our Lord. Amen