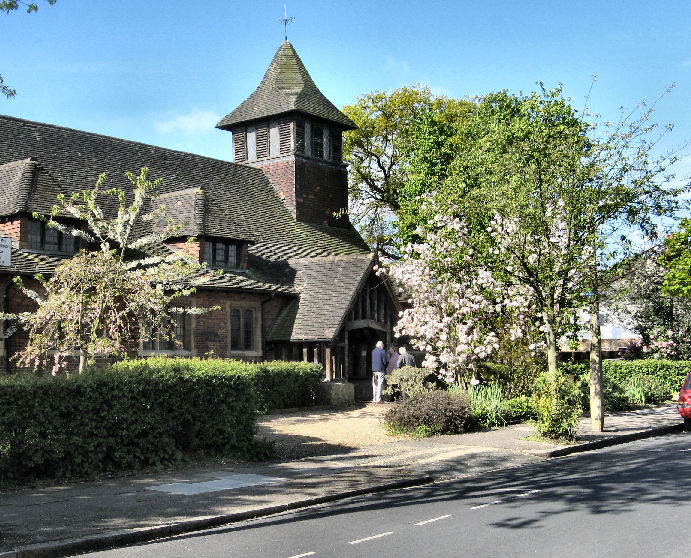 On the face of it, the link between this mornings readings from Genesis and St Mark’s gospel is not obvious. In the Old Testament reading, there is the promise given to Abram as an old man that his descendants will be blessed, and in the gospel reading there is the first prediction of his Passion made by Jesus to his disciples, and they would face suffering themselves.

But in fact both readings have something important to say about faith – living by a reality which is unseen.

The story of Abraham is a myth – that’s not to say it’s not true, but the memory of the story goes so far back into the mists of pre-history that its details are hazy and unverifiable: an old man of 99 with a childless wife being promised an heir. Nevertheless, the story has been remembered for thousands of years as foundational, precisely because it is a religious myth; it tells us something which is theologically true, even though the historical setting of the story is uncertain.

Religious history begins with Abraham, the archetypal man of faith. He is given a promise that he and his descendants will be blessed and become a great nation. They will be a covenant people, and on the basis of that promise, that covenant, Abraham has the faith to set out, leaving behind all that was known and familiar, and travel to another country, the name of which he did not yet know. And much of the Old Testament story is really the story of living by that covenant promise from those modest beginnings with Abraham, through the wilderness years under the leadership of Moses to the time when God’s promise to make of Abraham a great nation was fulfilled.

To the prudent or cautious, such behaviour might be regarded as foolishness. Abraham could have rationalised his way out of going; (he could have pleaded old age ), but this would have only been an excuse for not accepting the risk of obeying God. It is that quality of faith which is above all else the essential ingredient for finding new life in the new world. Such behaviour was and is either unnatural or it is supernatural! But faith and religion at some point demands more than what is natural and straightforward. Common sense would tell you to hold on to what you know and stay where you are. Or as we might say  – to remain in your comfort zone.

That was Peter’s reaction when Jesus first predicted his passion. He took Jesus on one side and told him it’s all too risky, this business of obeying God. And Jesus with uncharacteristic bluntness rebukes Peter: ‘Get behind me, Satan’. And then he goes on to say that being a follower of his means sharing in his Passion: ‘ For those who want to save their life will lose it, and those who lose their life for my sake, and for the sake of the gospel, will save it’.

I remember the words of a wise nun, in a Lent talk at the Barn many years ago, who said that the journey of faith begins when we let go of self-preservation. Faith is about a change of heart, and maybe even a change of direction, re-routing us away from cautious and self-centred attitudes of self-preservation and mere survival, and opening us to the risk of faith, sacrifice and self-surrender. Living by true faith, as opposed to clinging to old securities , which is sometimes mistakenly called faith, is always a sign of apparent contradiction and will sometimes  have the mark of foolishness about it. It’s at the heart of Christ’s teaching and challenge:

‘ Fore whoever loses his life for my sake, and the gospel’s, will save it’.

In the 14th century, Julian of Norwich had a remarkable vision of the cross. It was a time of the Black Death which was to wipe out more than 40% of the population. It was an ugly age in many of its aspects – the church was divided against itself with two competing popes. Added to this there was the Hundred Years’ War  between England and France. Yet in the midst of all of this, from a tiny cell in Norwich, Julian writes of her revelation of the cross revealing Christ’s love, mercy and compassion for the world. Her writing expresses the experience of many during this time of pandemic, a year on. She writes in her 16th Revelation:

Intercessions for Second Sunday of Lent

We have heard how Abraham put his trust in God. Help us to have the faith to do the same. We pray that our efforts this Lent will strengthen our faith and bring us closer to you.

Jesus spoke of the suffering he knew was to come. Help us to endure whatever suffering we encounter and comfort those whose pain has been caused by or increased by this pandemic. We particularly pray for all who are suffering mentally from the restrictions on their lives.

We pray for the many people around the world suffering from a lack of the freedoms we enjoy, whether due to war, poverty or political repression. Give them hope for the future and help all those working on their behalf.

We give thanks for the skills and dedication of the scientists who have created vaccines to fight the pandemic. We pray that these and other measures will enable us to follow the government’s plan for a return to normality.

The pandemic has had some positive effects on our society including a greater sense of community in many areas, a better appreciation of the work done by the NHS and other caring professions, more help for the homeless and a greater willingness to do voluntary work. We pray that these positives continue to improve the lives of many.

Merciful Father accept these prayers for the sake of your son, our Saviour Jesus Christ, Amen.