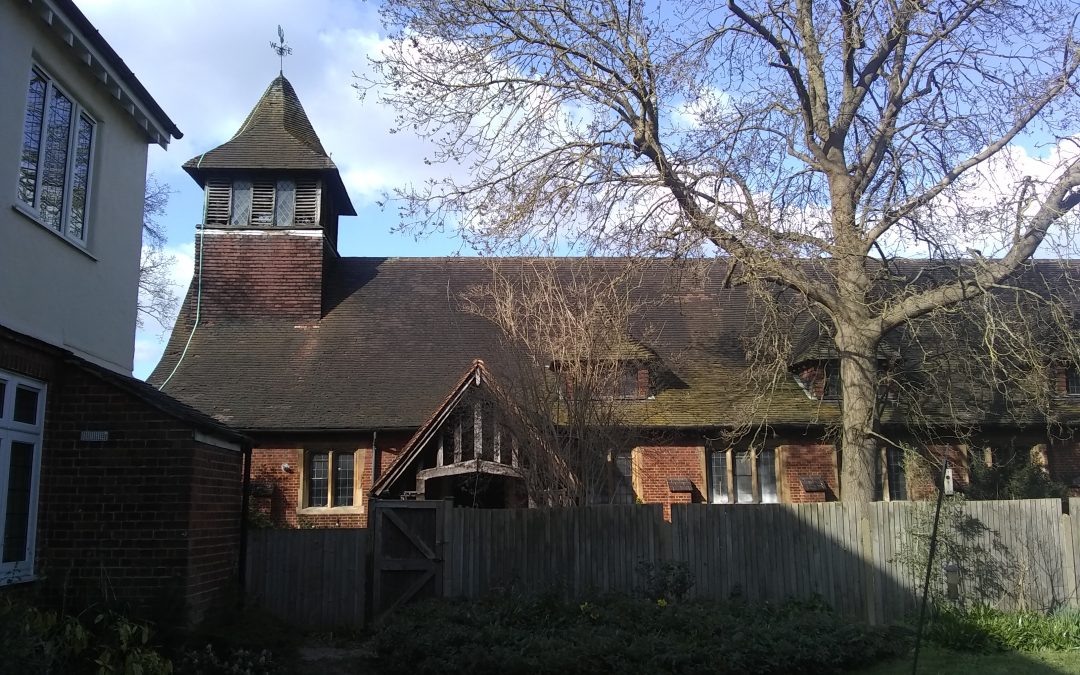 Things can change – or appear to change – very rapidly sometimes. We have seen that throughout the World in the last few months.

Last week we were hearing in the previous few verses of Matthew 16 about Peter the Rock. The man who recognised Jesus for who he was and who Jesus had such confidence in that he declared him to be the rock on which he would build his church. Jesus had asked Peter the question, “Who do you say that I am?” Peter had answered, “You are the Christ, the Son of the living God!”. He had said the right thing then.

This week the same Gospel passage continues with Jesus telling his disciples about what will happen to him when they get to Jerusalem. How he will undergo great suffering, and that He must be killed and on the third day be raised to life.”

In these few very important verses Jesus explained to them the reason for his earthly ministry, God’s plan for the salvation of humankind and that He had come to suffer, to die and be raised again for the forgiveness of our sins and the sins of the whole world!

Peter was having none of this. He simply could not understand what Jesus was saying. He loved Jesus and had given up everything for Jesus and now Hewas saying that it was all coming to an end and that he would die and – come on – be raised from the dead. Really? Perhaps Peter had expected something rather different from Jesus in his earthly role and did not understand that what Jesus was saying was the essence and most vital reason for him coming to earth.

But Jesus knew Who He was and why He had come! Jesus saw Peter, the rock, seemingly standing in his way. Jesus was human as well as being divine and he must have been frustrated that Peter had not understood what he was saying. More than that,perhaps he thought that the devil really was trying to eat into the heart of Peter, to try to erode the rock. So, he seems to have lashed out at Peter. Not what we expect of Jesus really.

But I think we can assume that Jesus was perhaps foreseeing the problems the church would have and the hand of the devil, who it is terribly unfashionable to talk about, trying to mount an early attack on that very rock that Jesus would build his church on.  Looking “through” Peter, Jesus said to the devil, “Out of My sight, Satan! You are a stumbling block to Me; you do not have in mind the things of God, but the things of humans”. Peter must have been shocked, but it must have made him think and perhaps to start to really understand why Jesus was here on earth. We know he ended up being just what Jesus had predicted – the rock. And Peter would giveup his life for Jesus in the end as he sowed the seeds of Christianity in Rome.

Earlier on in Matthew 12 Jesus says, whoever is not with me is against me. When Peter the rock was being obstructive, he needed pulling up sharply! It worked.

Jesus knew that his destiny was go to Jerusalem; suffer unjustly at the hands of wicked, hateful people; die a cruel death on the cross and three days later be raised again to life by the power of God. By doing so, He took on our sins and restored our relationship with God.

But this relationship is a two-way deal. If we want to be a part of it, we too must take up our cross and follow him. It will not be easy. However, it seems that sometimes we can misunderstand what a cross is. Our “cross” is specifically things we suffer, endure or, take on even when we do not want to, because of our love for him. Problems at work, illness, disease, struggles in relationships are not necessarily “crosses” because they are common to all human beings, not just Christians. Rather, our cross is something we deal with because we believe in him and love him and are His disciples, following his commandments – standing up for him, facing being mocked or thought a little strange and reaching out to those who need our help, however difficult that might be and at whatever cost to ourselves. Giving, caring, loving and asking nothing in return. That is bearing our cross.

Finally, Jesus said, “the Son of Man is going to come in His Father’s glory with His angels, and then He will reward each person according to what each has done.” We know that He doesn’t promise eternal life because of what we do, because we can never earn that ourselves. But what we do in this life should demonstrate our faith and love for him because of all that He has done for us. It is this faith, this love, not our works by themselves, though they are very important, which will be rewarded with the gift of eternal life with him. Whoever believes in me, said Jesus, shall not perish, but will have eternal life.

Let us pray that we will have hearts filled with faith and love and compassion, so that we may do in this life what he would have us do, so that in the end we may be worthy of him. Amen